Tamika Palmer, the mother for the late Breonna Taylor, is fed up with the Black Lives Matter organization. The mother recently unleashed a rant against the group on Facebook.

“I have never personally dealt with BLM Louisville and personally have found them to be fraud, Attica Scott another fraud,” Palmer said.

“I could walk in a room full of people who claim to be here for Breonna’s family who don’t even know who I am, I’ve watched y’all raise money on behalf of Breonna’s family who has never done a damn thing for us nor have we needed it or asked so talk about fraud,” Palmer added.

“It’s amazing how many people have lost focus … I’m a say this before I go, I’m so sick of some of y’all and I was last anybody who needs it,” she continued.

“Enough is enough!!” she finished. 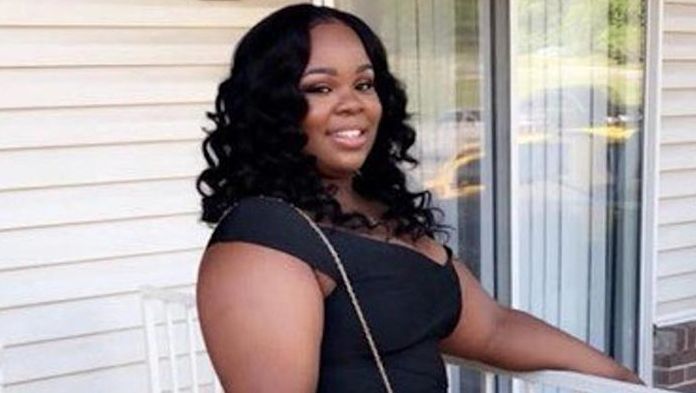 Breonna Taylor was caught in police gunfire after she and her boyfriend Kenneth Walker answered the door for a ‘no knock’ warrant related to ex-boyfriend Jamarcus Glover. Police testimony indicates the officers knocked anyway. Walker had a gun in his hand and shot at the police. She was killed in a heavy exchange of gunfire. Walker survived and was cleared of the charges after explaining he thought the police were intruders.

Taylor’s family received $12 million in civil damages from the city of Louisville. Two of the officers involved were not charged, but one is facing a charge of wanton endangerment.

Palmer’s Facebook post has been removed from the social media platform. It comes after the platform removed a story by the New York Post that exposed one of BLM’s co-founders as a multi-millionaire who recently bought a mansion in a predominately white neighborhood in Texas.

A Facebook spokesperson told The Hill that the Post story “was removed for violating our privacy and personal information policy.” However, Facebook has allowed left-wing articles based on doxxing to be posted, such as a Guardian hit piece on officers who donated funds to the policeman who was exonerated for shooting Jacob Blake.

The New York Post article exposes self-described ‘Marxist’ Patrisse Khan-Cullors who has amassed a $3.2 million real estate “empire.” She insisted to the New York Post that she “didn’t use a penny of BLM donations on herself.”

“I have never taken a salary from the Black Lives Matters Global Networks Foundation,” she claimed. 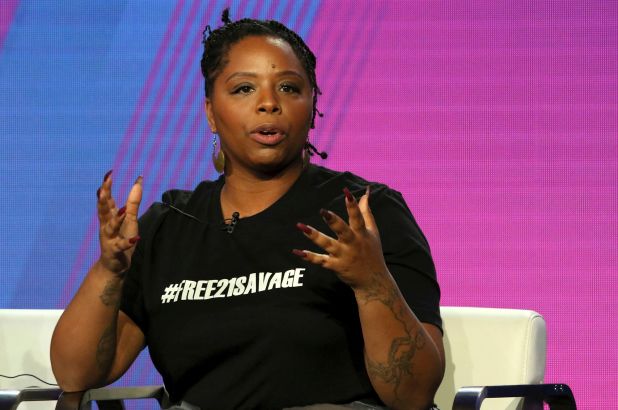 “But in insisting she did not take a salary from the organization’s non-profit foundation, Khan-Cullors left unsaid whether she was paid through BLM’s network of similarly named for-profit entities,” the Post noted.

“What that pay might be is cloaked in secrecy, as BLM’s for-profit branches do not reveal spending and executive pay,” the report added.

In February, the Black Lives Matter group gave the public its first peek into its finances. It ilicited outrage from activist groups.

“This marks the first time in the movement’s nearly eight-year history that BLM leaders have revealed a detailed look at their finances,” the AP noted.

It has now been estimated that the Black Lives Matter Global Network Foundation, which is a foundation seen at the forefront of the movement, raised $90 million last year. It was a “financial snapshot” shared exclusively with The Associated Press.

“The foundation said it committed $21.7 million in grant funding to official and unofficial BLM chapters, as well as 30 Black-led local organizations,” the AP reported. “It ended 2020 with a balance of more than $60 million, after spending nearly a quarter of its assets on the grant funds and other charitable giving.”

In September, the FBI arrested BLM activist Sir Maejor Page for allegedly spending over $200,000 in donations on himself.

“In sum, Page has spent over $200,000 on personal items generated from donations received through BLMGA Facebook page with no identifiable purchase or expenditure for social or racial justice,” FBI agent Matthew Desorbo said.

It is only a matter of time before Americans get the real story on Black Lives Matter — who funds them, how the funds are being spent, and what is its real agenda.